A Call for SCAN Contributors!

As summer starts to close in and back to school activities start up, have you thought about  your business or increasing your online presence during the fall season?  Consider blogging for SCAN to increase your unique visitors and page views to your personal sites or build your online presence!

We are looking for posts that relate to SCAN's mission and fall within The Academy of Nutrition and Dietetics Social Media Policy.  In addition, we want to promote you with a short biography and links to your social media outlets and/or websites.

Kettle what? If you’ve walked into a gym lately you’ve probably seen a misshaped looking weight that is round on the bottom with a handle attached on the top. A kettlebell. Despite what you may think, kettlebells are kind of a big deal. Not only are they a staple in almost every gym in the 21st century but there’s entire workouts focused around kettlebells, actual gyms are named after them (Queen City Kettlebell, Cincinnati, OH) and along with adequate calcium and vitamin D, kettlebells can help increase your bone mass!

Russia, the birthplace of the kettlebell, first appeared roughly 350 years ago. Originally used as handled counterweights to weigh out dry goods on market scales, Russians began swinging and throwing the odd objects around for entertainment and began using them to build muscle and an athletic figure.

So what exercises do I even do with a kettlebell? Glad you asked the list is endless! Some exercises include the kettlebell swing, which is considered the classic and most well known exercise, the hang clean, Turkish get-up, single arm swing, pistol squats, the snatch, and several more. While dumbbells can often be substituted for kettlebells for some exercises, kettlebells tend to be more versatile and more difficult to control as the weight is not evenly distributed as it is in a dumbbell. As you become more advanced in these exercises you can move your way up to the kettlebell with a gorilla head, weighing in at 70lbs. (shown at the top).

So how are kettlebells suppose to help me increase bone mass? Our bones are living tissue, meaning they need stress to stimulate growth.  While you may consume adequate amounts of dietary calcium and vitamin D, you won’t reach your optimal bone mass without proper exercise. The 2016 position statement of the National Osteoporosis Foundation stated that lifestyle behaviors affect 20-40% of adult peak bone mass. In their position statement, lifestyle factors that received a grade A included exercise and calcium intake, while other lifestyle factors such as dairy, protein, smoking and vitamin D received lower grades, implicating that in terms of peak bone mass, these factors are not as significant when compared to calcium and exercise. Weight-bearing exercises, such as swinging that kettlebell, exerts a stress load that bones need to stimulate mineral uptake.

So next time you’re at the gym, walk past the dumbbell rack and head for the gorilla looking kettlebell, after all they’re kind of a big deal.

About the Author:
Allison Bokenkotter is a recent graduate of the University of Cincinnati and recently passed the RD exam. In addition, she’s the diversity/national nutrition month chair for the Greater Cincinnati Dietetic Association.
Posted by Gina V RD at 6:47 AM

No more excuses to skip breakfast with this very simple recipe including bananas, oats, your choice of nuts and dried fruits.

I am a victim of wanting a quick and easy breakfast on-the-go as I try to get through the door, and to be honest, my granola bar and Greek yogurt routine could be better.  With the new 2015-2020 Dietary Guidelines suggesting we cut our sugar intake to no more than 10% of our total calories, we need to caution added sugar in our processed food products, especially the healthy-looking granola bars and protein-rich Greek Yogurts.

I had been staring at these lonely ripened bananas on my counter and realized they would be better baked in something then added to my overnight oats as a mushy topping.  I came across a wonderful recipe via thekitchn.com for 4-ingredient Banana Oat Bars.  In my version, I ended up using the 3 small bananas and I added in shredded coconut, whole almonds, chia seeds and pumpkin pie spice (I am a New Englander that is obsessed with anything pumpkin flavored).

Looking back, I would have added the vanilla extract which was optional and dried fruits that were included.  In addition, I would have chopped the nuts to make it easier to cut than rather it looking like a square of trail mix.   Take a look and let me know your thoughts and creative modifications!


Start mashing the bananas in a bowl until it becomes a smooth liquid (I used a large fork).  Then mix in the the remaining ingredients; hold off on the nutmeg if you plan to use as just a topping when the mixture is formed in the pan.  Make sure to pat the oat mixture until it is flat in the pan.  Bake for 25-30 mins or until golden brown on the sides.  Set aside after they are cooked to your liking and then cut into squares once cooled. For a protein bonus, I spread one 1T nut butter on top.  Enjoy!

About the Author:
Kathryn Pfeffer is an RDN in Boston and writes her own blog at http://onehungrybunny.com where she shares her culinary adventures bite by bite.  She is an experienced clinical dietitian in an acute and rehabilitation hospital in the Boston area and recently completed her first marathon in May.
Posted by Gina V RD at 1:54 PM 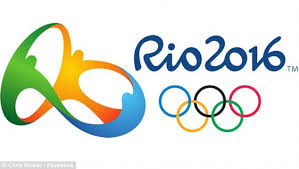 It's time for another #SCANchat, happening tomorrow night (Thurs. August 4th) at 8 pm ET on Twitter.  Catch us on @SCANdpg!
Posted by Gina V RD at 7:20 AM

Eating on the Road: Keeping your hanger away from setting PRs

I recall not so long ago when I was at a weightlifting meet with my husband and the hanger had set in. He was coaching a couple of athletes and competing and I wasn’t going to miss any of it because, to be honest, I find the sport to be incredibly exciting and when either him or his athletes are lifting, I like to imagine that I am an amateur sports photographer with my iPhone. At this particular meet, there were no food vendors and really no good time between athletes to head out to find food. The meet sessions started to go long and soon I found myself cranky and eating a bag of Skittles from the lonesome vending machine nearby. I started to wonder how many other people were as ill prepared as I was and even more importantly, how many of those people were the athletes competing in the meet? As a coach, athlete, friend, family member, or fan, the necessity of meal planning on the road is essential to keep everyone happy.  Eating on the road usually ends up in one of the Three H’s:  Happy, Hurting, or Hangry.  Creating a plan for optimal nutrition while on the road will decrease the stress associated with wondering if your meal will give you dreadful side effects such as food intolerance and diarrhea (Hurting), and maintaining a meal patter with set meal and snack times centered around your travel will prevent a systemic presentation of hunger and anger (Hangry), resulting in better performance and positive outcomes for all (Happy).

General Tips:  Some helpful tips include carrying a water bottle with you and creating a meal pattern that includes plans for eating out.  Make sure if you bring your own meals that they are kept at the appropriate temperature of 40 F degrees or below and not to eat any perishable foods that have been out at room temperature longer than two hours. Packing a lunch box and ice packs with your luggage can be handy if you participate in sporting events that have large periods of time between weigh-in and competition time. If you don’t have a grocery store near the competition venue or hotel you are staying in, most convenience stores carry bread and peanut butter. If you are lucky, you might score some bananas to make a PB & Banana sandwich. Just don’t forget some disposable silverware!

Protein:  Good sources of protein that are shelf stable to take on the road with you include packed tuna or chicken (preferably in water), peanut or almond butter, unsalted nuts and seeds, turkey/buffalo/beef jerky, drink mixes for recovery beverages, and protein powder.

Dining Out:  If you are going to be dining out, do not start the trip by being experimental and trying out new foods or tempting local flavors until after the competition.  Make sure to do some research into which restaurants are in the area that you are familiar with and choose menu options.  Try to stay away from fried foods and high fat options, as they are likely culprits for stomach upset.  Choose foods that are baked, broiled, steamed, or roasted.  If you’re planning pasta for the night, go for the red sauce versus the creamy white sauce.  And if you or your athletes decide to completely ignore this advice, Imodium A.D. is readily available at most corner stores.

Allison Koch MA RD/LDN is completing her PhD in Nutrition at the University of North Carolina-Greensboro. She enjoys working with sports nutrition and weight management clients at www.aplus-nutritionandstrength.com. Twitter @DietitianAlli
Posted by Gina V RD at 8:01 AM