Refuel, rehydrate, and repair. These three interrelated approaches should be the focus for all competitive athletes engaged in endurance-based training. Your fuel stores, body fluids, and electrolytes can easily become depleted following a long sustained endurance training session. This makes replenishing fuel stores and rehydrating essential for optimizing training performance.

Amino acids – specifically leucine, a known regulator of muscle protein synthesis (Norton 2006) – are oxidized during endurance training. The degree to which amino acids are oxidized is based on several factors such as exercise intensity and low muscle glycogen availability to name a few. None the less, these lost amino acids do not contribute to muscle protein synthesis and should be replaced through your dietary intake.

Meeting the recommendations for protein, however, may not be as important as the type of protein and the timing of intake for maximizing recovery and adaptations. (Tarnopolsky 2004). 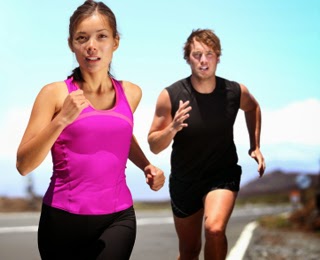 The amount of protein consumed is an important nutritional consideration. After resistance training, even small (5 to 10 g) of protein increases muscle protein synthesis (Moore et al. 2009). Muscle protein synthesis is further increased after the ingestion of a larger (20g) dose of protein, but plateaus with a bigger dose. (Witard et al. 2014) Therefore, it seems practical to recommend similar amounts of protein – that is 20 to 25 g – after endurance training to facilitate muscle remodeling processes.

The quality of protein you consume is also an important factor. Dietary proteins differ in amino acid concentrating and the rates at which they are digested and absorbed. As mentioned subsequently, leucine serves as a substrate for muscle protein synthesis. Therefore athletes who wish to enhance muscle protein synthesis during their early recovery phase may benefit more with the ingestion of rapidly, leucine-enriched proteins like whey (Breen et al. 2011). Other high-quality sources of protein include eggs, dairy, lean meats, and soy.

Gavin Van De Walle is an ISSA Certified Fitness Trainer, a NANBF Natural Competitive bodybuilder, a nutrition columnist for “The Collegian,” and a dietetic student at South Dakota State University. Once Gavin becomes an RD, he will aim to achieve the distinguished Certified Specialist in Sports Dietetics (CSSD) credential.