Humans have been consuming wheat for 10,000 years.  There's a reason it's called the staff of life.

Gluten and wheat sensitivity are driving gastroenterology doctors bananas (a gluten free food).  Popular foodie blogs are shedding wheat, more books come out on gluten sensitivity, and well, it's a bonafide food fad.  But what credible literature is really out there?  How is it diagnosed, can we eat a bagel again, and how many of us are affected? 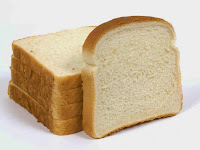 Gluten sensitivity is an actual reaction to gluten.  According to Dr. Alessio Fasano, medical director of the University of Maryland's Center for Celiac Research, "...we have scientific evidence that indeed, gluten sensitivity not only exists, but it is very different from celiac disease."  The draw back is that there is no biological marker for non-celiac gluten sensitivity at this time.  Also, a lot of people can consume small amounts of gluten with no issues unlike Celiac disease.

Currently, an article on Celiac Central reported more on diagnosis:

It is very important that a knowledgeable physician oversee this entire process, which can help to omit patients self-diagnosing themselves and to reduce the likelihood of a placebo effect occurring during dietary intervention."

The condition is rare in children, 1% of children have the sensitivity out grow gluten sensitivity whereas the estimated number of Americans according to Gastroenterology and Endoscopy News, reports about 7% of Americans or roughly 20 million people.

Gina Lesako RD, LD is the SCAN blog coordinator (those interested in writing for SCAN can email her directly at glesako@gmail.com, resolve to increase your online exposure).
She can also be found blogging at http://dietitianseatchocolatetoo.blogspot.com/).  Find her on SCAN: http://www.scandpg.org/dietitians/15720/