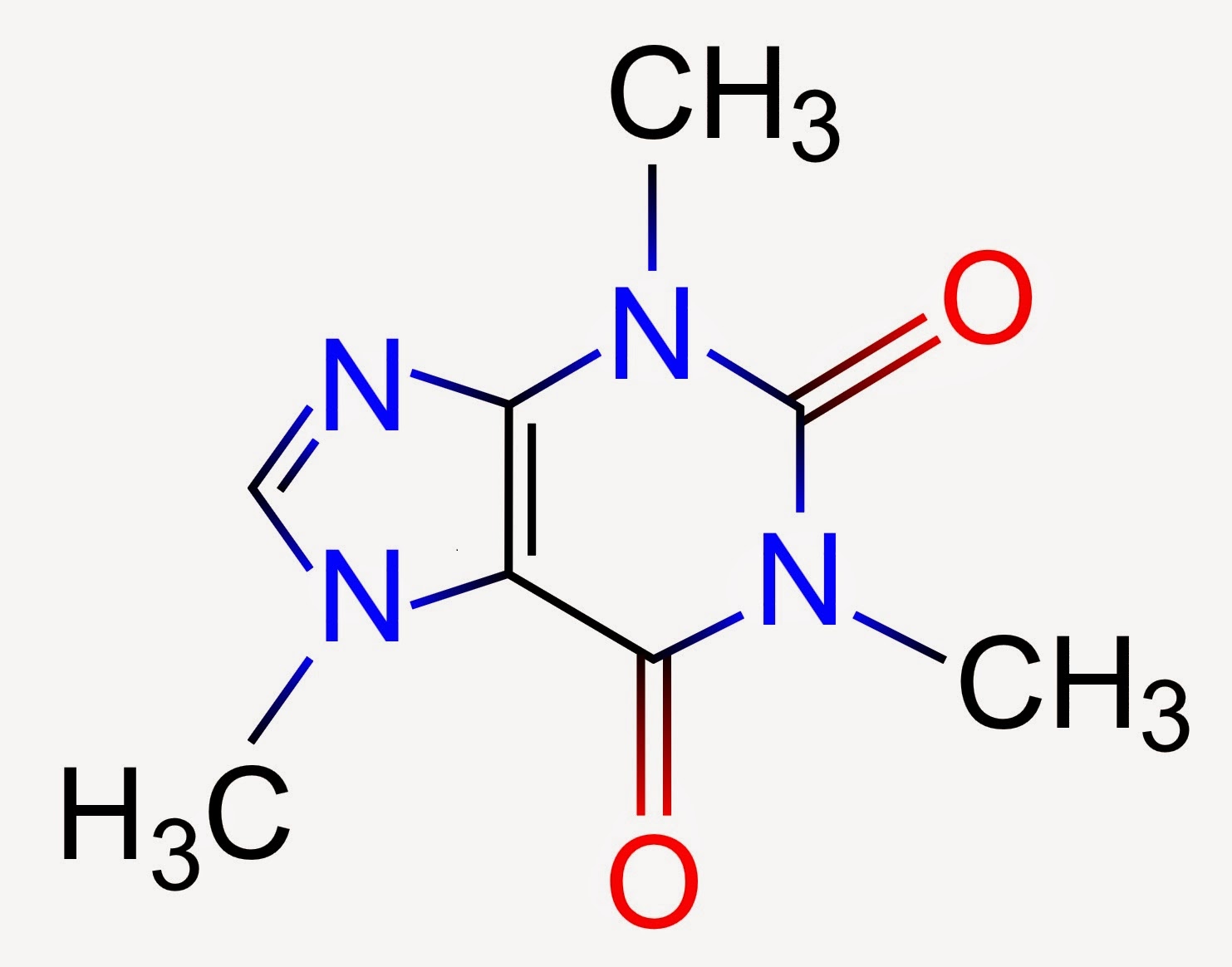 The fruit seed coffee beans are the mainstay of many countries economic sustainability. Furthermore, most people (52% of Americans including myself) depend on coffee for their energy daily. The popularity of caffeine is no foreign concept to athletes either. Most sports gels contain caffeine and I hear more and more people trying 5 Hour Energy Shots before competition and games, not to mention the $5.4 billion dollar industry of energy drinks. But is all this hype about caffeine hearsay, or is it worth downing a mug of joe before your next marathon?

Caffeine works similarly to other addictive drugs, say nicotine and cocaine, by blocking adenosine receptors. Caffeine crosses the blood-brain barrier and actually blocks blood flow by about 22-30%, thus blocking pain and decreasing feelings of fatigue. Metabolites of caffeine such as theobromineincrease the amount of oxygen and blood flow to muscles and theopyllineacts as a muscle relaxant that targets bronchioles (our lungs).

Caffeine's important mechanism of action as far as athletes are concernedcomes with its ability to spare muscle glycogen. Glycogen is the stored form of glucose, our body's preferred source of fuel, in the liver and muscles. Experimental studies have not reached a consensus on this puzzle, but some point to caffeine elevating free fatty acids in the blood, thus allowing the body to use fatty acids as energy instead of carbohydrates. Caffeine also impacts the enzymes that break down glycogen, thus sparing the glycogen. Calcium release is necessary for muscle contraction, and since caffeine stimulates this release, it has a direct effect on muscle fatigue.

Caffeine's effects can be felt after 30 minutes of consumption and stay within the system for 4-6 hours. Actually, if you consume an afternoon latte, by bedtime only half of the caffeine has been metabolized and left your bloodstream. A good point to keep in mind if are interested in keep your sleeping habits regular, especially for training purposes. Although you may be able to fall asleep without problem, caffeine will interrupt your sleep cycle and the quality of your sleep.

Overall, experts do claim caffeine consumption to be advantageous for athletic performance. Benefits are reached when more than 3 mg caffeine per kilogram body weight is consumed, with max benefits around 6 to 9 mg/kg body weight. For a point of reference, a 12 ounce mug (the size of a tall Starbucks beverage) of drip coffee contains about 200 mg caffeine. Generally speaking, sports gels have 20-30 mg caffeine per packet.

Additionally, benefits of caffeine are noticed more when caffeine is consumed both before (no more than 60 minutes) and during activity, 4.3 ± 5.3% better actually. Studies also show that dehydration is not necessarily more worrisome with caffeine ingestion but that caffeine's benefits are better felt with water and carbohydrate consumption.

Caffeine still can benefit even us chronic users, but habitual caffeine drinkers will have more adenosine receptor sites, making caffeine's work a little more difficult. It may be best to abstain from caffeine up to seven days before the sporting event to feel the maximum effects the day of.

I actually participated in a study conducted by the University of Illinois that sought to determine the effects of caffeine on athletic performance. On two separate occasions, I ingested a pill - one caffeinated capsule and one placebo. There was a noticeable difference in my cycling effort. Although I am not a cyclist, I was able to exert myself to a much greater effort on the 2nd attempt. I can only assume this was after having the caffeinated capsule considering the results of the study showed that caffeine does in fact reduce leg muscle pain, allowing a greater cycling intensity because of blocked pain receptors. Titled "Effect of Caffeine on Leg-Muscle Pain During Intense Cycling Exercise," this study was published in the International Journal of Sport Nutrition and Exercise Metabolism.

How bout those 5 Hour Energy drinks? Although they do not contain the sugar of most other energy drinks, they are mostly caffeine (~138 mg) with a mega dose of B vitamins and some amino acids. Amino acids can enter the Krebs cycle, the second part of ATP production. B vitamins are necessary for the metabolism of carbohydrates and proteins, thus helping with the conversion of carbs to glucose, giving us more energy. Side effects of too much B6 include nerve and muscle damage

Melissa Majumdar, Registered Dietitian and Personal Trainer, is an enthusiastic member of the Sinai Bariatric Surgery Team. She is currently finishing a Master's Degree in Applied Nutrition with a concentration in Fitness and Nutrition and hopes to share her nutrition knowledge with athletes. Since Melissa was a teenager, she has been passionate about nutrition, fitness, and helping others. She is excited to combine her interests to help her patients lose weight, accomplish their goals, and achieve ideal health and fitness levels.
Melissa graduated with honors from the University of Illinois at Urbana-Champaign where she studied Dietetics and Hospitality Management. She completed the Sodexo Mid-Atlantic Dietetic Internship at St. Joseph Medical Center in Towson, Maryland, and has since then worked with patients to manage diabetes, improve gastrointestinal complaints, achieve athletic accomplishments, lose weight, and increase energy. At Sinai, Melissa counsels patients during clinic on an individual basis, teaches pre- and post-surgery nutrition classes, and organizes and facilitates bariatric Strive to Succeed group meetings. She also hosts a Facebook page "Melissa RD" and blogs at eatfitrun.blogspot.com."